Of course, trout are trout and there’s no such thing as “rules.” Just a lot of guidelines and opinions, right?

Anyway, I ended up catching six trout and losing another three. One of those that I lost was a pig (21 inches or so). But since the water was high and the weather was somewhat uncomfortable, I can’t complain because I had some trout action. Here are a few pictures of the day… 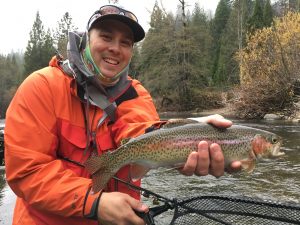 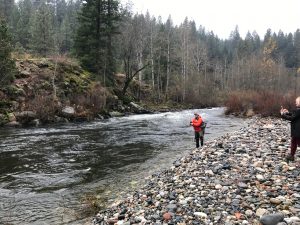 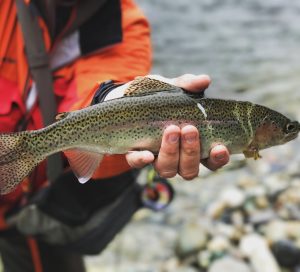 A small ‘bow that has done some battle… 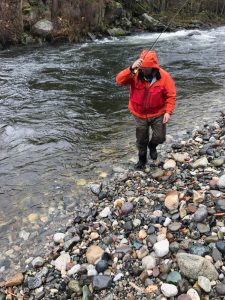 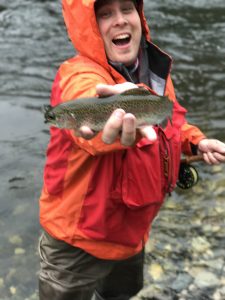 The fish were biting on tan stonefly nymphs, small Copper John’s, TBS (Tiny Black $*&%), and anything looking like an October Caddis Nymph. The water was pretty high (1700 cfs), but fishable. We just had to find the pools and soft water. 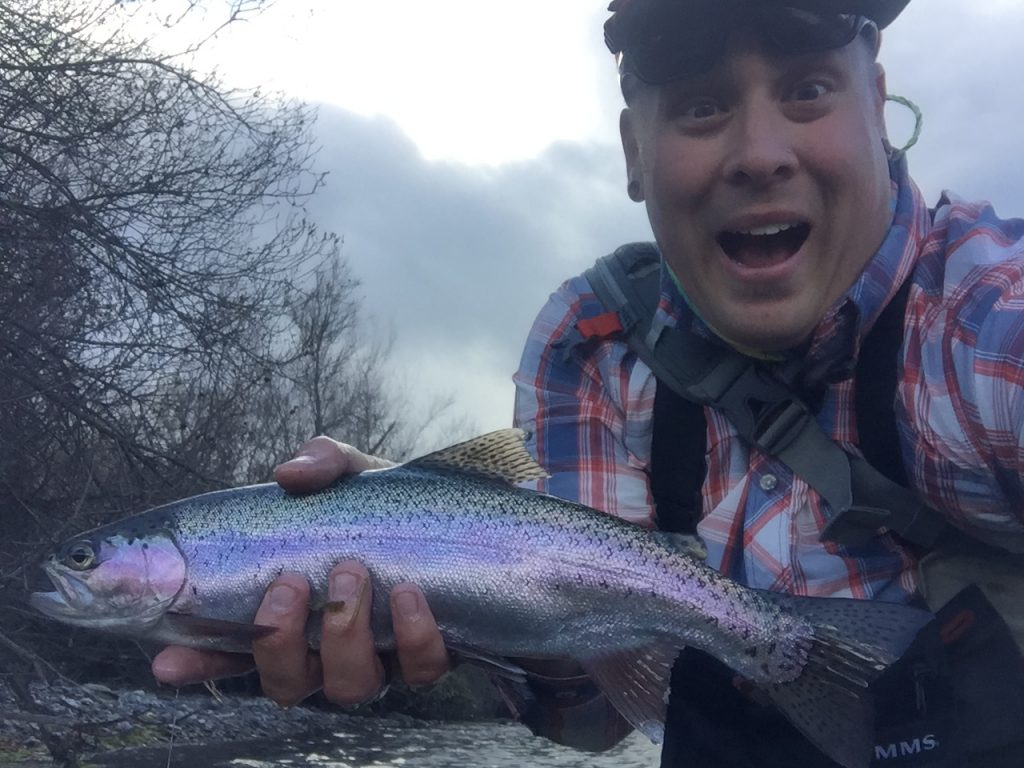 On Wednesday (11-23-16), the day before “Turkey Day,” we floated the Lower Sac from the Sundial Bridge to Bonney View in Redding. The water was flowing at 10,000 cfs but was a bit colored due to the rain. This made for a very slow session, though we had fun floating the river, drinking a few beers, and seeing other wild life. The fish I did catch were aggressive and fought like freight trains!

The fish were taking large Rubber Legs and egg patterns.

Back to the Upper Sac

On Thanksgiving Day, our family hiked to Mossbrae Falls, just north of Dunsmuir. In addition to a great hike, we stopped at a few spots this fly fishing only section and caught some trout. Same flies were in use as the previous day on the Upper Sac and the fish were pretty aggressive in the soft water. The key was finding water that wasn’t roaring past in the hopes of dragging us down!

Here are some pictures: 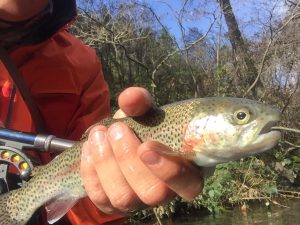 I got this sized trout about five times… again and again… 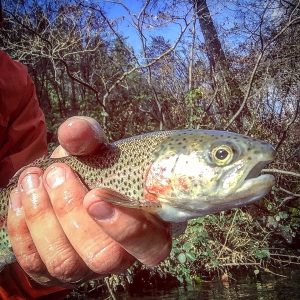 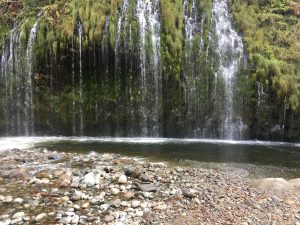 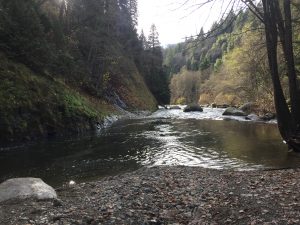 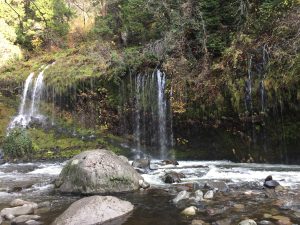 All in all, the days we fished were pretty great.