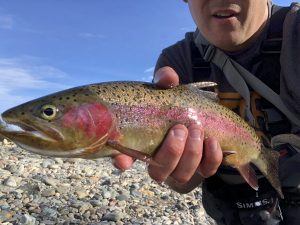 One of my favorite moments in the past month was when Corey hooked a nice 17inch fish in six inches of water! The fish took a brown rubber legs right on the nose! The fish then took off a bunch of line and, after a nice fight, we netted it and got a good picture. 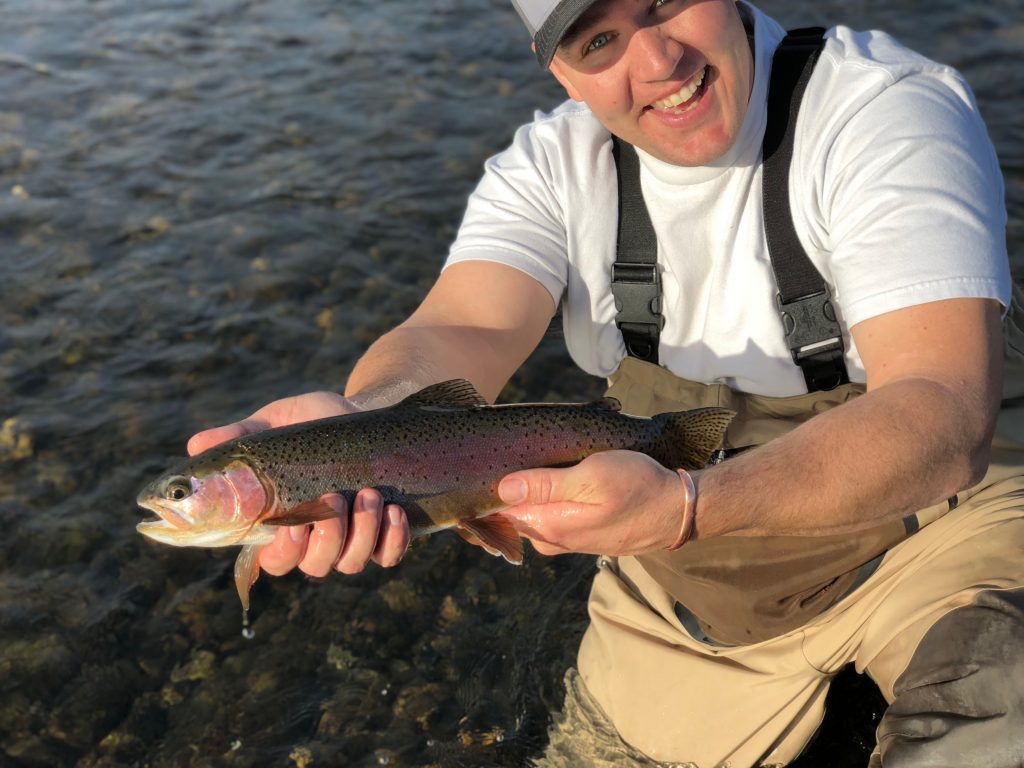