Yesterday I took someone up to the Upper Sac in the hopes of doing some dry-fly-dropper fishing. The water was @ 750cfs, which is still fishable albeit a tad faster in some locations. We fished a couple of my favorite spots in the hopes of finding some salmon flies and some participating fish.

Sadly, we saw only one salmon fly all day and after giving it a go to raise some fish, switched to some “down deep” nymphing… way deep. The general rule of thumb on this river is if you aren’t losing flies, you aren’t deep enough.

We ended up hooking and catching a fair amount of trout, with the largest being about 15 inches. The flies of choice were Rubber Legs and red Copper John’s… and anything tiny and black (surprise surprise, ha!).

There were quite a few people rafting the river too. The river is small, so it can get pretty awkward when they are coming down and we’re on the shore casting. Most of the time the rafters are cool… and sometimes they are jerk-faces who don’t much know about river etiquette. But I digress… 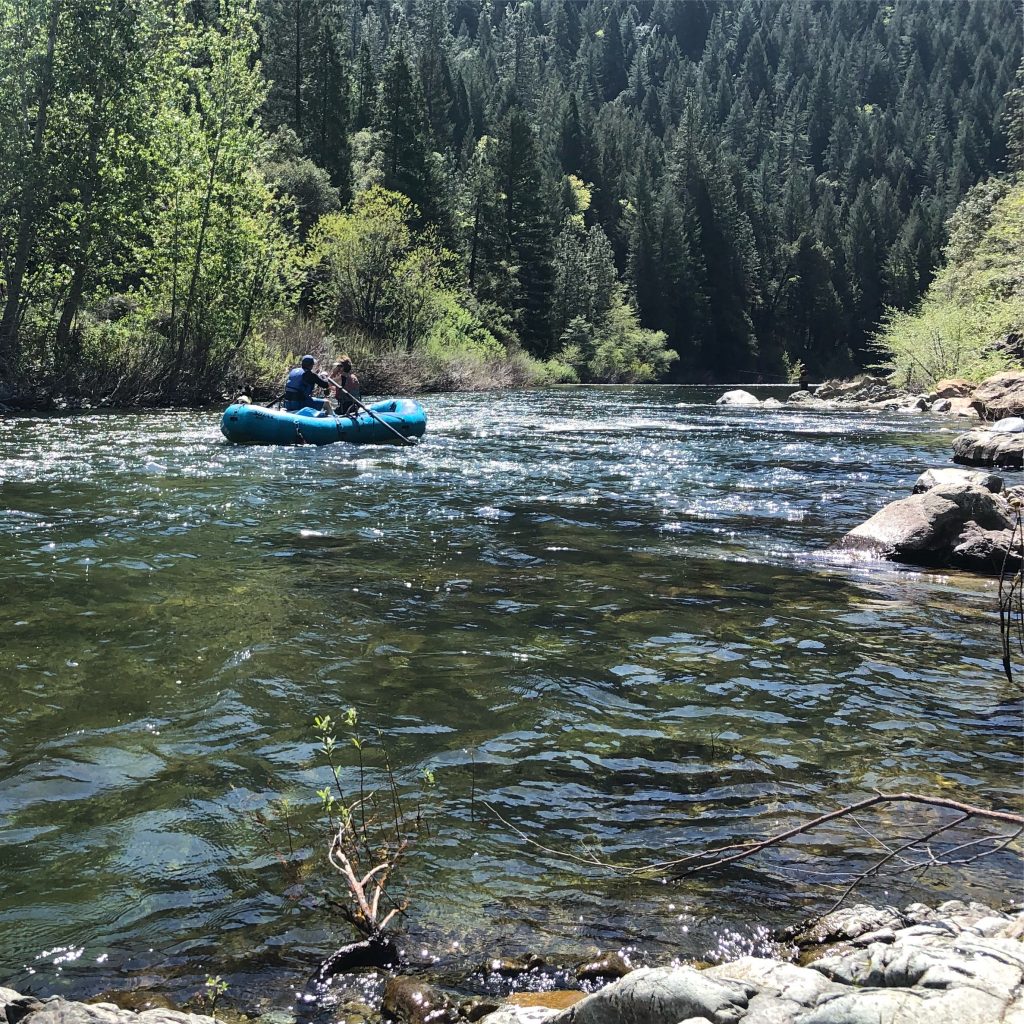 Overall a great day to be on the river and definitely appreciated ending the day at Yaks (best burgers in Nor Cal).